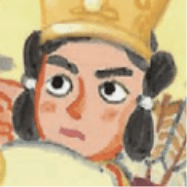 Look at a picture book
「The legend of Momotaro in Okayama」

Once upon a time, there lived an old man and an old woman. One day, when the old woman went to the river to wash clothes, a huge peach came floating down the river. Upon taking the peach home and splitting it open, the old couple saw a boy come out! They named him Momotaro and raised him with care. After he had grown, Momotaro left home to banish evil ogres. On the way, a dog, monkey, and pheasant agreed to join Momotaro in exchange for the old woman's millet dumplings that he carried. They traveled to the island of Onigashima, routed the ogres, and went home with treasure. A happy ending!

This is the folk tale "Momotaro" that is so well known. However, the legend of Momotaro that is said to have been the prototype of this story depicts a very different Momotaro and ogre. What is the true relationship between Momotaro and the ogre, hidden in the legend?

battle between Momotaro and Ura

"There seems to be an ogre named Ura rampaging in the land of Kibi..." Such rumors existed in the land of Yamato. Kibitsuhiko, the prince of Yamato, heads to Kibi to subdue Ura. The Yamato forces and Ura fight a fierce battle. In the midst of the fighting, Kibitsuhiko and Ura finally confront each other... 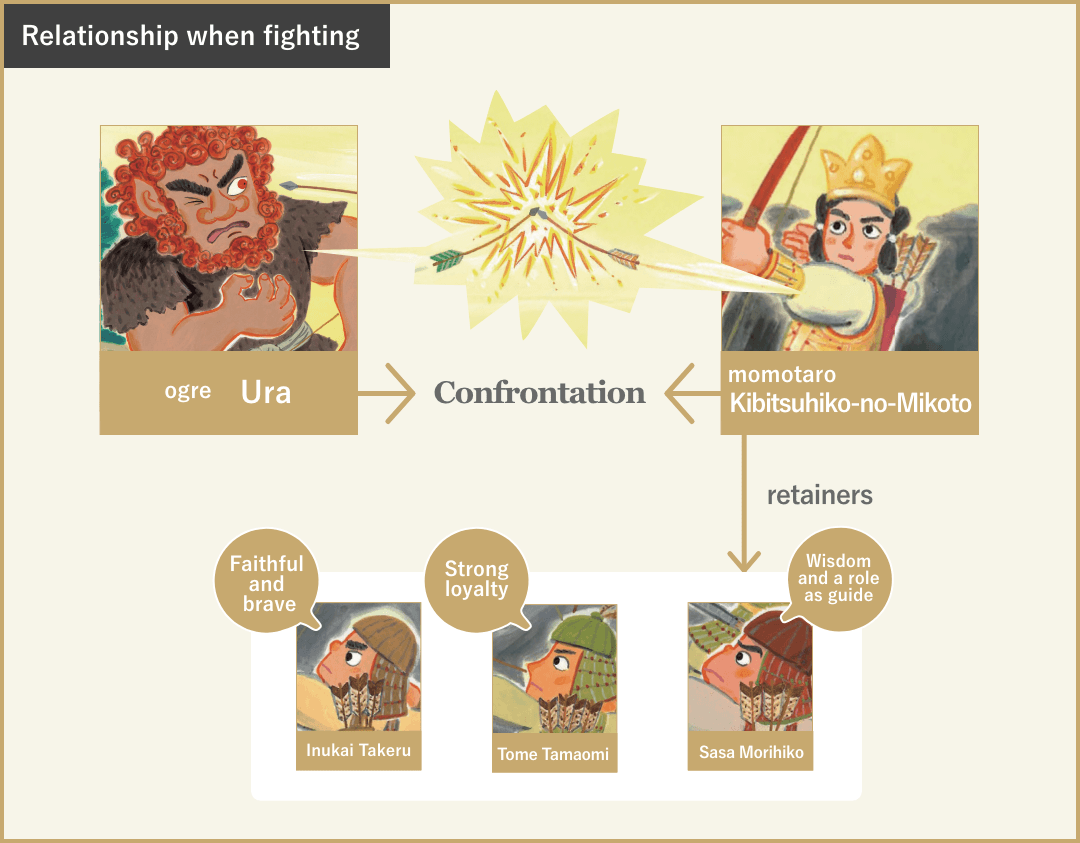 The conclusion of the battle

Later, the head of the slain Ura was buried under the cauldron of the Okamaden at Kibitsu-jinja Shrine. One day,Ura appeared in Kibitsuhiko-no-Mikoto’s dreams. 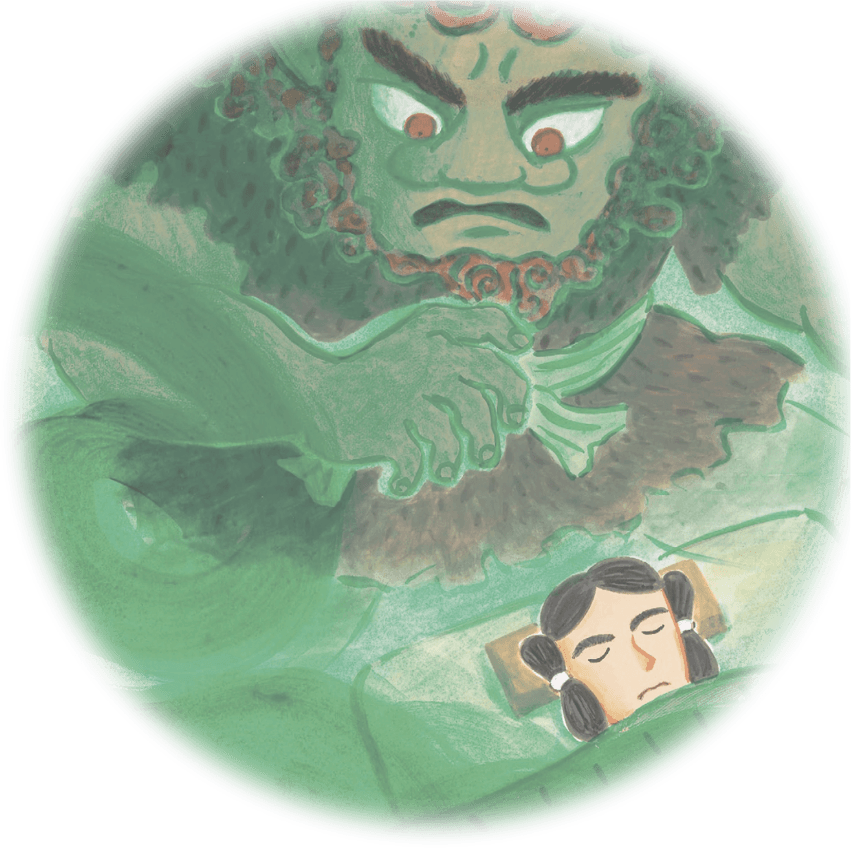 Momotaro, who built trust, and Ura 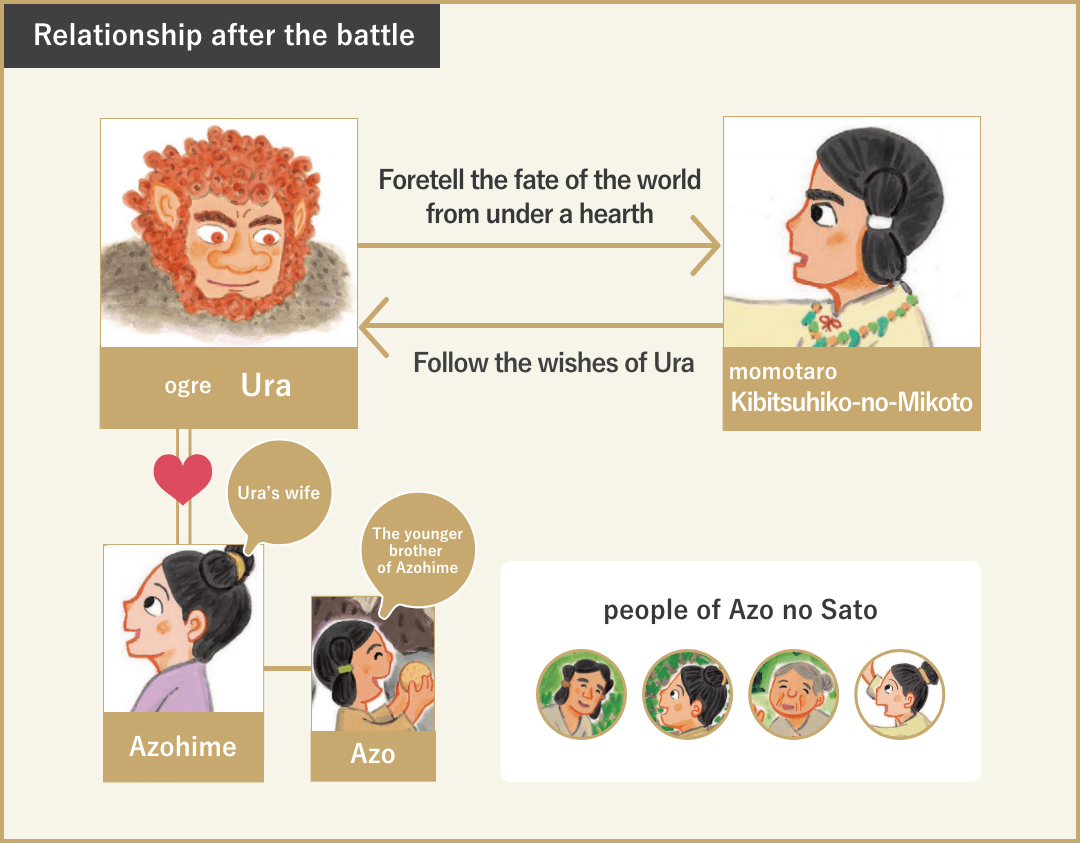 Watch the story of Japan Heritage!

Read the legend of Momotaro here 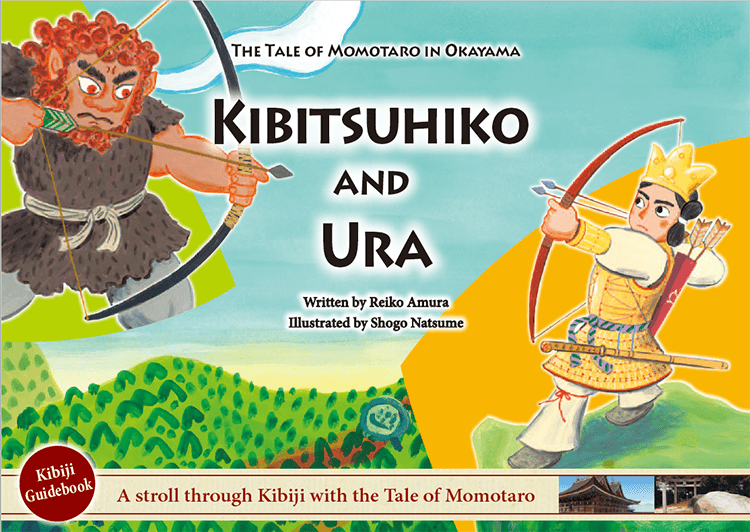