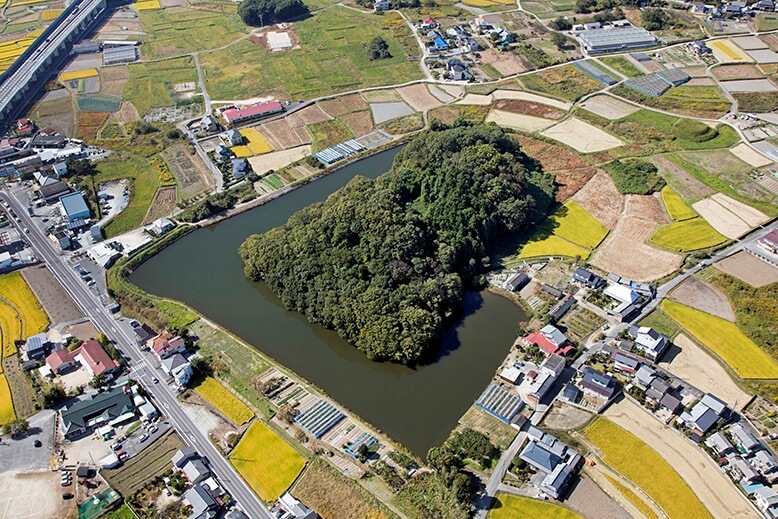 The Ryogusan Burial Mound is the third biggest burial mound in Okayama. At 206m in length, it is estimated to have been constructed in the latter half of the fifth century. It is characteristic for being surrounded by a double moat, like that of the Kinki Region's imperial burial site; only four similar sites in Okayama have been found. It contains many mysteries, with neither stone roofing (fukiishi) or clay figurines (haniwa) being found, despite being the norm for large scale burial mounds.